For those wondering, Gus N' Bru is the official Letterkenny liquor. Hicks, Pheasants, and generally anyone looking to fight Wayne has taken a swig of this Irish Whiskey. Gus N Bru whiskey is the perfect complement to Wayne's Favourite Beer, Puppers Golden Lager.

It's ideal for drinking at the produce stand, before a fracas, or, when hosting a super soft birthday party for one's friend. You can't find it in the United States though, at least not yet. It's also because it's not real.

In fact, you can find most that merch on Etsy, including some printable greeting cards. 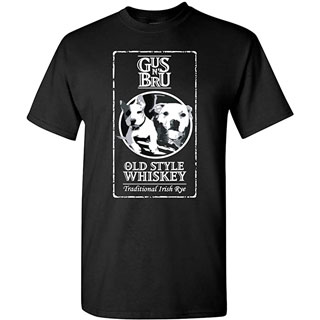 Though the whiskey itself isn't real, you can still roll some upcountry degens while wearing this plush T-Shirt.

Who has the Gus N' Bru on the TV Show?

We wish it were Shoresy who was swiggin' down whisky all of the time. Could you imagine all of the Shoresy chirps if he were tuned up?

Anyway, Daryl and Squirrely Dan always seem to have a bottle on hand the minute some upcountry 10-ply degen wants to start a donnybrook with Wayne (played by Jared Keeso). It is served at MoDeans. Wayne and Katy have some in their house during the Christmas Party episode (The Three Wise Men). There was also a French Canadian version called Guy & Bruce from when the characters traveled to Quebec for the Buck & Doe.

Pretty sure they are kicking back some Gus N' Bru at the end of Season One, right before Tyson sucker-punched Wayne outside. The whole crew up until that point is taking pulls off a bottle of whisky.

And if we're being honest, one must imagine that the Boots and Ginger had to have boozed up on some Gus N' Bru before their alleged ostrich incident. 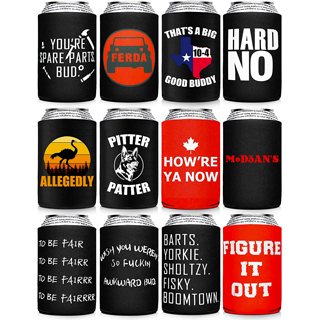 Banger Brewing of Las Vegas, Neveda brewed a beer that they named Gus N' Bru. It was a 10% abv Bourbon Barrel Aged Scotch Ale (Wee Heavy). 10% is a brew as strong as Joint Boy.

Hopefully the good folks behind the hit TV Show Letterkenny can put together a plan for getting a real version of Gus N' Bru made and into LCBO stores and beyond. News of a real Gus N' Bru will undoubtedly be trending on the socials and reddit immediately.